Caracalla was the popular nickname of Marcus Aurelius Severus Antoninus Augustus (4 April AD 188 – 8 April AD 217), Roman emperor (AD 198–217). The eldest son of Septimius Severus, Caracalla reigned jointly with his father from 198 until Severus' death in 211. For a short time Caracalla then ruled jointly with his younger brother Geta until Caracalla had Geta murdered later in 211. Caracalla is remembered as one of the most notorious and unpleasant of emperors (according to the literate elite) because of the massacres and persecutions he authorized and instigated throughout the Empire. 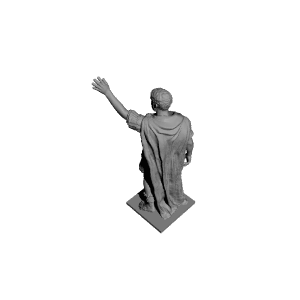 ×
1 collections where you can find Caracalla at The Lapidarium, Alba Iulia by apllana
×
Alf Scherer
@scherera
0
Posted at: 10th August 2019

Here is Caracalla in 1:28 scale with some paint added. Thank you for the scan !