3D
Scan The World
3,482 views 119 downloads
1 collection
Community Prints Add your picture
Be the first to share a picture of this printed object
0 comments

A great example not only of the art deco movement, but what happens when audacious architecture goes right. This historic tower doesn't just follow the traditional skyscraper form of the day it takes chances that few others did. The most obvious departure from the norm is its green color. When it was built, the tinted terra cotta and black granite facade made it stand out among the sandstone-colored towers it was competing with. Now, generations later, the unusual color helps it stand out among its glass and steel peers. The second audacious move was such extensive use of gold leaf to highlight the building's features. It's not just on the edges of the building it virtually coats the spire, and drapes itself across the shoulders and setbacks of the upper levels. But the glitter is not reserved for those in the stratosphere the gold accents continue all the way down to street level. This is a building that simply refuses to be ignored. All that glitz isn't an accident. There is an urban legend which states that the shape and color of the building were inspired by a champagne bottle. It's not that hard to imagine it as a green curvy bottle with bubbly foaming from the top and dripping down the sides. The building was erected at a time when such exuberance was expected. But the roaring 20's gave way to the depression and more sober sensibilities. This building's planned twin tower a block away was cancelled in 1929. It was to be called the Cuneo Building. 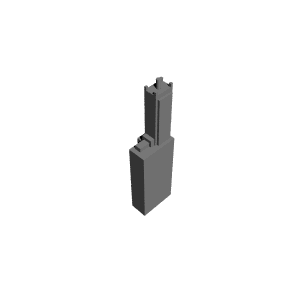 ×
1 collections where you can find Carbide and Carbon Building in Chicago, Illinois by jkurstin22