3D
Scan The World
1,852 views 76 downloads
Community Prints Add your picture
Be the first to share a picture of this printed object
0 comments

Carl Blümer was a sculptor and classical archaeologist. He was the director of the Collection of Clasical Antiquities on the Museum Island from 1947 until 1961 and had numerous catalogues on ancient sculptures held in the Collection from 1940.

The bust was made by Kurt Harald Isenstein, a german sculptor and art teacher, who also created the bust of Albert Einstein, standing in front of the Einstein Tower in Potsdam. He emigrated to Denmark, later Sweden, and then back to Denmark, to escape German prosecution for his Jewish background. 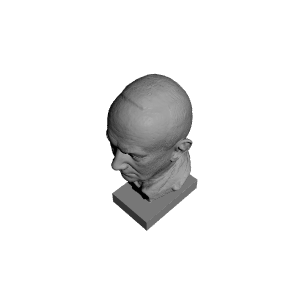