3D
1,340 views 22 downloads
Community Prints Add your picture
Be the first to share a picture of this printed object
0 comments

This object was made in Tinkercad for the 3D Design and Print Competition.  My character's name is Carl.  Carl is an alien Air Force engineer who started racing other workers at the air base located on the planet Gnora Shobi. He races others with a Plane fighter with attached wheels, the fighter does not fly but it takes jet fuel in order to run it. One of the races he has done was located on Earth, the hidden base Area 51, he barley wins the race but after he does he goes to his home planet and celebrates with his family. 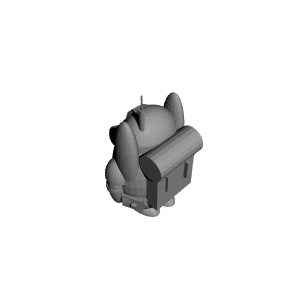