3D
Scan The World
1,981 views 55 downloads
Community Prints Add your picture
Be the first to share a picture of this printed object
0 comments

Dr. Carol Küttel (1818 - 1875) was mayor of Timisoara between 1859-1861 and 1867-1872. This year marks 140 years since the introduction of the horse tram in Timisoara by it. As mayor, he was extremely loved by people. During his administration, the military function of Timisoara Fortress was gradually reduced. It has facilitated the construction of public roads within the city and surrounding area development, and after his ideas were first mapped out a plan for horse tramway. The first trees were planted in Prince Eugen Square (now Liberty Market), the streets were paved, hospital and city hall buildings were extended, the volunteer fire brigade was founded and has been restored residential area. He also built its own funds and current Lenau High School, several theaters and hotels in Timisoara.

Easy print with supports on two sides and head. 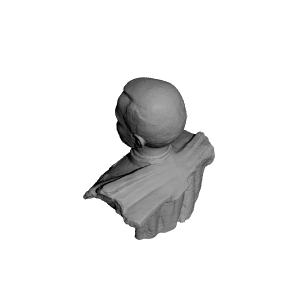 ×
0 collections where you can find Carol Küttel in Timisoara, Romania by apllana