Carpeaux at work at The Musée des Beaux-Arts, Lyon

3D
Scan The World
1,997 views 64 downloads
Community Prints Add your picture
Be the first to share a picture of this printed object
0 comments

Carpeaux at work at The Musée des Beaux-Arts, Lyon

Jean-Baptiste Carpeaux (1827-1875), the great sculptor of the Second Empire, is represented in the creative action. Standing, wearing a loose smock, he wields a clay ball, the other hand holds the first draft. A gavel rests his feet on the rough-hewn base. Bourdelle pays tribute to the artist and his work. He traveled several times to the workshop and Carpeaux imagine at work, focused on his model. In the nineteenth century, the sculpture is often synonymous with modeling.Bourdelle, who recently left the studio of his friend Rodin, then addresses the most fruitful years of his career. The idea came to him to represent Carpeaux probably of the order of a bust by amateur Jacques Doucet art. Bourdelle then realizes what length portrait, probably a unique cast, acquired the following year by the Museum of Fine Arts in Lyon. 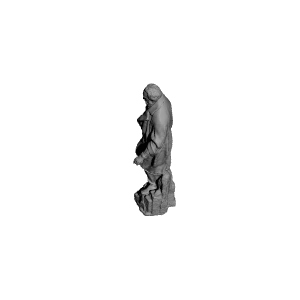 ×
0 collections where you can find Carpeaux at work at The Musée des Beaux-Arts, Lyon by Scan The World