Cast from Judith and Holfernes by Donatello

3D
Scan The World
1,937 views 70 downloads
Community Prints Add your picture
Be the first to share a picture of this printed object
0 comments

Cast from Judith and Holfernes by Donatello

Plaster cast taken from original bronze group of Judith and Holfernes, in the Palazzo della Singoria (Palazzo Vecchio), Florence.
The subject is taken from the Old Testament book of Judith. The King of Nineveh, sends his general Holofernes to subdue the Jews. The latter besieges them in Bethulia. Famine undermines the courage of the besieged and they contemplate surrender, but Judith, a widow, claims that she will deliver the city. She goes into the camp of the Assyrians and captivates Holofernes by her beauty, and finally takes advantage of the general's intoxication to cut off his head. She returns inviolate to the city with his head as a trophy. Thestory is thought to be an allegorical interpretation of Humility triumphing over Pride. 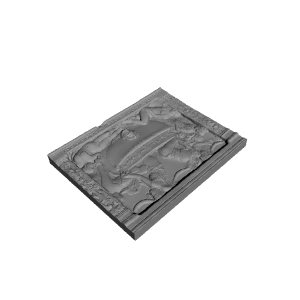