3D
Scan The World
1,299 views 53 downloads
Community Prints Add your picture
Be the first to share a picture of this printed object
0 comments

Ernst Iosifovich Neizvestny was a Russian-American sculptor, painter, graphic artist, and art philosopher. He emigrated to the U.S. in 1976 and lived and worked in New York City.

American playwright Arthur Miller once described Neizvestny as an "artist of the East" who is regarded by Russians as an "expression of the country, of its soul, language, and spirit" and as a "prophet of the future" who represents the "philosophical conscience of his country." 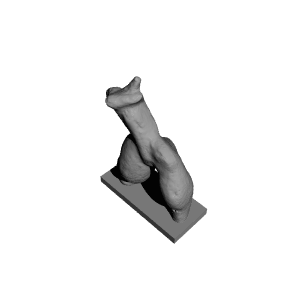 ×
0 collections where you can find Cast of the "War is..." series by Scan The World