Casts of the Trajan's Column

3D
Scan The World
2,660 views 125 downloads
Community Prints Add your picture
Be the first to share a picture of this printed object
0 comments

Casts of the Trajan's Column

The Trajan's column was erected to commemorate the successful campaigns of the Emperor against the Dacians of the Danube frontier in AD 101-2 and 105-6. It stood at the focal point of the Emperor's Forum in Rome and takes the form of a hollow shaft built of Parian marble, 3.83 meters in diameter a the base and rising to a height of 38 meters including the square plinth upon which it stands and the capital that surmounts it. The continuous frieze of low relief depicting the history of Trajan's campaigns winds up and round the column for a total length of over 200 meters, and shows 2500 figures. In antiquity, placed as it was between the two libraries of the Forum, the reliefs could be studied at close quarters up to a certain height, and the whole sculpted surface was picked out in colour and enriched with metal accessories. Originally the column was topped by a colossal bronze statue of Trajan; this was replaced at the end of the 16th century by the present bronze of Saint Peter, made by Bastiano Torrigiano. 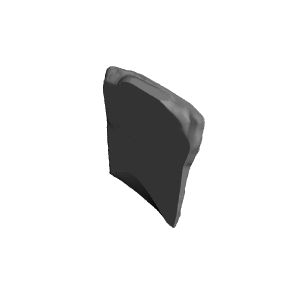