Cato The Younger reading the Phaedo Before Killing Himself at The Louvre, Paris

3D
Scan The World
5,449 views 241 downloads
Community Prints Add your picture
Be the first to share a picture of this printed object
0 comments

Cato The Younger reading the Phaedo Before Killing Himself at The Louvre, Paris

This white carrara marble sculpture by Jean-Baptiste Roman was carved and finished in Paris from 1792-1835, commissioned in 1832 to Roman for the heart of the Louvre. It was completed by Francois Rude in 1840 after the death of his friend.

Marcus Porcius Cato Uticensis  commonly known as Cato the Younger (Cato Minor) to distinguish him from his great-grandfather (Cato the Elder), was a politician and statesman in the late Roman Republic, and a follower of the Stoic philosophy. A noted orator, he is remembered for his stubbornness and tenacity (especially in his lengthy conflict with Julius Caesar), as well as his immunity to bribes, his moral integrity, and his famous distaste for the ubiquitous corruption of the period.

This sculpture depicts Cato The Younger at the point where he is about to take his own life whilst reading the Phaedo, a dialogue of Plato which details the death of Socrates.

Cato did not immediately die of the wound; but struggling, fell off the bed, and throwing down a little mathematical table that stood by, made such a noise that the servants, hearing it, cried out. And immediately his son and all his friends came into the chamber, where, seeing him lie weltering in his own blood, great part of his bowels out of his body, but himself still alive and able to look at them, they all stood in horror. The physician went to him, and would have put in his bowels, which were not pierced, and sewed up the wound; but Cato, recovering himself, and understanding the intention, thrust away the physician, plucked out his own bowels, and tearing open the wound, immediately expired.

On hearing of his death in Utica, Plutarch wrote that Caesar commented: "Cato, I grudge you your death, as you would have grudged me the preservation of your life." 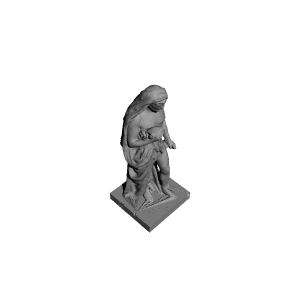 ×
0 collections where you can find Cato The Younger reading the Phaedo Before Killing Himself at The Louvre, Paris by Scan The World