3D
Scan The World
1,530 views 144 downloads
Community Prints Add your picture
Be the first to share a picture of this printed object
0 comments

Marble metope from the Parthenon (South metope XXVII). This metope is from the eastern half of the south side of the temple. The South metopes in the British Museum show the battle between Centaurs and Lapiths at the marriage-feast of Peirithoos.

A young Lapith, on the left, holds a Centaur’s head from behind with his left hand, while preparing to deliver a blow with the other. The Centaur, wounded in the back, rears up and presses his right hand against the wound. A chlamys falls over both Lapith’s arms, hanging behind his back. Both heads, the Lapith’s foreleg and right forearm, and the Centaurs left arm and right leg are missing. Parts of the frame in the top left hand corner are restored. 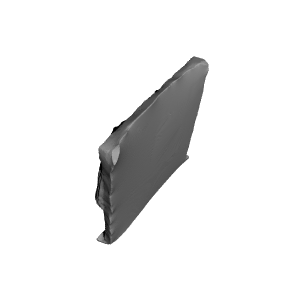