Ceres at The Botanical Gardens, Cluj

3D
Scan The World
1,978 views 92 downloads
Community Prints Add your picture
Be the first to share a picture of this printed object
0 comments

Ceres at The Botanical Gardens, Cluj

In ancient Roman religion, Ceres was a goddess of agriculture, grain crops, fertility and motherly relationships. She was originally the central deity in Rome's so-called plebeian or Aventine Triad, then was paired with her daughter Proserpina in what Romans described as "the Greek rites of Ceres". Her seven-day April festival of Cerealia included the popular Ludi Ceriales (Ceres' games). She was also honoured in the May lustratio of the fields at the Ambarvalia festival, at harvest-time, and during Roman marriages and funeral rites.

Ceres is the only one of Rome's many agricultural deities to be listed among the Dii Consentes, Rome's equivalent to the Twelve Olympians of Greek mythology. The Romans saw her as the counterpart of the Greek goddess Demeter, whose mythology wasreinterpreted for Ceres in Roman art and literature.

No special settings. You need some support. 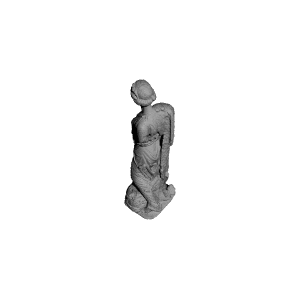 ×
0 collections where you can find Ceres at The Botanical Gardens, Cluj by apllana