3D
360°
Scan The World
2,860 views 197 downloads
2 collections
Community Prints Add your picture
Be the first to share a picture of this printed object
0 comments

Cesare Piovene (1533-1570) was a commander of the Italian military. He was a key figure in the war against Cyprus, though he was later surrounded, captured and massacred by the Turks on the 15th August 1570.

He was sent as a child to the court of Carlo Emanuele Filiberto, he became lieutenant of Count Valmarin and leader of the Venetian armies.

This sculpture is the work of sculptor Giovanni Battista Bendazoli, erected by the will of Antonio and Lelio Piovene in 1787. 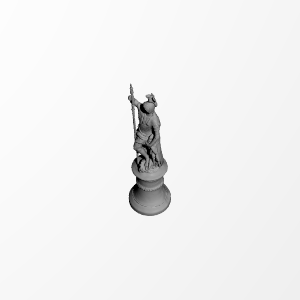