Bourdelle realised this portrait of the genre painter Charles Delort (1841-1895) in 1884, shortly after his arrival in Paris. As a young provincial sculptor, he tried to support himself by making portraits of influential figures in Parisian society. Delort is one of the first to have pose for Bourdelle. A bronze of this bust was exhibited at the Salon des Artistes Francais in 1885. 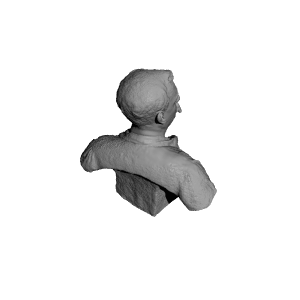