3D
Scan The World
2,060 views 54 downloads
Community Prints Add your picture
Be the first to share a picture of this printed object
0 comments

Of Nollekens's two busts of Fox, the second was commissioned by his fellow-Whig the 5th Duke of Bedford for his Temple of Liberty at Woburn Abbey in 1801. Completed a decade after the first bust, the second became the definitive and most popular portrait of the flamboyant Whig party leader. This version was displayed at Rossie Priory in Perthshire, apparently as a symbol of the Kinnaird family's own Whig politics. 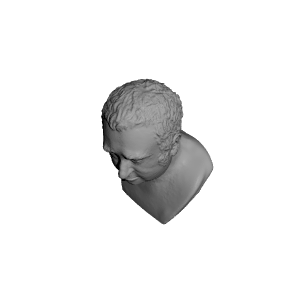 ×
0 collections where you can find Charles James Fox at The Scottish National Gallery, Scotland by Scan The World