3D
Scan The World
3,246 views 83 downloads
Community Prints Add your picture
Be the first to share a picture of this printed object
0 comments

Charles Long, 1st Baron Farnborough (2 January 1760 – 17 January 1838) was an English politician and connoisseur of the arts.

Born in London, he was the fourth surviving son of West Indies merchant Beeston Long and his wife Sarah Cropp. A senior branch of the family of Hurts Hall in Suffolk established themselves in Jamaica after the conquest of the island in 1665. Educated at a private school in Greenwich and at Emmanuel College, Cambridge, Long matriculated in 1779, but is not known to have taken a degree. He was entered at the Inner Temple, later making the grand tour between 1786 and 1788, exploring Rome and laying the foundation of his art collection under the tuition of James Byres.

Long was a friend of William Pitt, whom he had met at Cambridge, and his involvement in politics began as early as 1788 when he was canvassing for Lord Hood, the ministerial candidate in the Westminster election, and he himself entered parliament in January 1789 as member for Rye, a Treasury controlled seat. He afterwards sat as member for Midhurst (1796–1802) and for Wendover (1802–06), (boroughs whose parliamentary representatives were nominated by Pitt's friend Lord Carrington) and for Haselmere (1806–26), where the sole patron was the Pittite Earl of Lonsdale. Becoming junior secretary to the Treasury in 1791, he acted as parliamentary whip and teller and in 1796 on the government's behalf, undertook much of the general election management. In 1801 when Pitt left office, Long followed, and was rewarded with a yearly pension of £1500. At Pitt's behest he was appointed Treasury advisor to the Prime Minister Henry Addington, and in 1802 was sworn of the Privy Council.

The following year his house at Bromley Hill in Kent was the location for negotiations between Pitt and Addington, in which he was the chief intermediary. When Pitt returned to power in 1804 Long was made a lord of the Treasury (1804–06) and then chief secretary to the Lord Lieutenant of Ireland (1805–06). He took office in the Portland ministry as paymaster-general of the forces after Pitt's death in 1806, a post he retained until 1826 when he retired from politics. He was offered the Chancellorship of the Exchequer and the Secretaryship at War by Perceval, both of which he refused, considering himself neither inclined nor fit to fill either position. Except on matters arising from his ministerial responsibilities, he rarely spoke in the House of Commons. Rather than an initiator of policy, his strengths lay in his loyal and efficient political adjucations. In 1792 with Sir James Bland Burges, Long established the Sun newspaper as an instrument of the Tories, and he was the author of pamphlets on the French Revolution (1795) and the price of bread (1800).

In 1820 King George IV made Long a Knight of the Bath, and on his retirement from political life in 1826 he was raised to the peerage as "Baron Farnborough, of Bromley-Hill-Place, in the county of Kent". (Farnborough was then a village in Kent, near his country residence). Long was elected FRS in 1792, FSA in 1812, and was given an honorary LLD by his old university in 1833. The arts were Long's real passion, but due to limited resources he was unable to be a major patron or collector in his own right, however, as a minister and MP he was influential in furthering artistic causes such as the establishment of the National Gallery and the purchase of the Elgin marbles, and was a founder of the British Institution in 1805. He acted as intermediary in 1792 between Pitt and Humphry Repton over improvements to the former's grounds at Holwood, and in 1799 when the Altieri Claudes were brought to England, they were first exhibited to English connoisseurs at Long's house in Grosvenor Place. In subsequent years he maintained a high profile in connection with his public patronage of the arts. A committee of taste was appointed in 1802 to supervise the erection of monuments to the heroes of the Napoleonic wars, of which Long was chairman, and in 1809 the responsibilities were extended to the repair of Henry VII's chapel at Westminster, with money voted by parliament. Long was consulted on everything from the need for a fig-leaf on the heroic statue honouring the Duke of Wellington, that had been subscribed for by the ladies of Great Britain (1821), to the appropriate order for the facade of the privy council offices in Whitehall (1824). 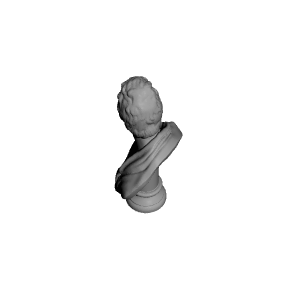 ×
0 collections where you can find Charles Long, 1st Baron Farnborough by Scan The World