3D
Scan The World
1,883 views 71 downloads
Community Prints Add your picture
Be the first to share a picture of this printed object
0 comments

Charles Long was a Tory statesman. The personal friend of Pitt, he held various offices from 1806 until 1826, when he was created a peer. In retirement he devoted himself to the arts, acquiring a considerable collection of pictures and sculpture. Long was an acknowledged connoisseur and a friend of George IV whose taste he influenced in the decoration of the royal palaces. He was a trustee of the National Gallery and the British Museum. 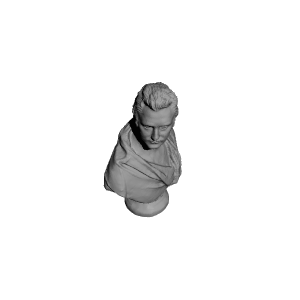 ×
0 collections where you can find Charles Long at The National Portrait Gallery, London, UK by Scan The World