3D
Scan The World
7,169 views 837 downloads
2 collections
Community Prints Add your picture
Be the first to share a picture of this printed object
0 comments

The statue of Charlie Chaplin in Leicester Square, London, is a work of 1979 by the sculptor John Doubleday. It portrays the actor, comedian and filmmaker in his best-known role, as The Tramp. A memorial to Chaplin was proposed on 25 December 1977, and the bronze statue was finally revealed in 1981. It has moved a lot, before finally settling in Leicester Square in 2016. 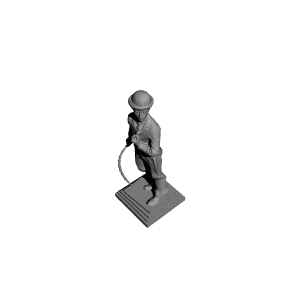