3D
Support Free Scan The World
4,009 views 217 downloads
2 collections
Community Prints Add your picture
Be the first to share a picture of this printed object
0 comments

This is a scan of Chiddingstone Castle, situated in the village of Chiddingstone, near Edenbridge, Kent, England, 35 miles south of London and in the upper valley of the River Medway. The castle itself dates from the early 19th century, but incorporates elements of earlier buildings on the same site. Since 1977, the castle and its 35 acres (140,000 m2) of grounds have been held in trust for the nation by the Denys Eyre Bower Bequest and both are open to the public.

It was scanned with a drone by the guys at The Flying Cam! 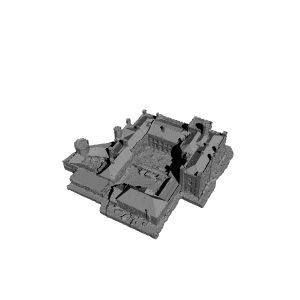 ×
2 collections where you can find Chiddington Castle, England by Scan The World