3D
Scan The World
1,286 views 54 downloads
Community Prints Add your picture
Be the first to share a picture of this printed object
0 comments

From 1897 through 1900, Golubkina served as Auguste Rodin's assistant. As it is possible to notice form the sculpture of the Child, Golubkina was very sensitive to the needs of the vulnerable and less fortunate, having herself lived in Paris for two years with so little money she was "literally starving." She frequently gave back to others, donating her fee for a bust of Karl Marx to a fund for homeless workers, opening her house as a temporary hospital, and raising money for World War I victims through a personal exhibition of 150 sculptures.

Golubkina was considered to have helped Russian sculpture achieve independence from painting. She was the first Russian sculptor to receive the Paris Salon prize, an accomplishment for a female artist. Five years after her death, her studio in Zaraysk was turned into a museum, making it the "first Russian museum of that type" and the only museum in Europe dedicated to a female sculptor. 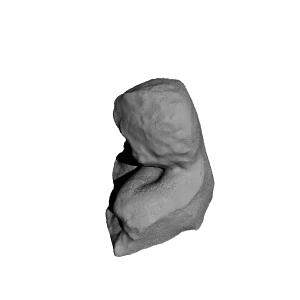 ×
0 collections where you can find Child by Scan The World