3D
360°
Scan The World
1,630 views 33 downloads
2 collections
Community Prints Add your picture
Be the first to share a picture of this printed object
0 comments

Horus the child was also known as Harseisis or HerusaAset (Horus son of Isis) and Harpokrates or Herupakhered (Horus the Child or Horus the Younger) while still an infant. He was the child of Isis and Osiris who was concieved after the death of Osiris at the hands of Set. He was brought up in secret by Isis and took up the battle against Set when he had come of age. As Herupakhred, he was depicted as an naked infant wearing the sidelock of youth with one finger held to his lips. In this role he represented both the royal heir and newborn sun. He is often depicted with his mother Isis in a pose which later bcame iconic for the Virgin Mary and infant Jesus in Christian art. 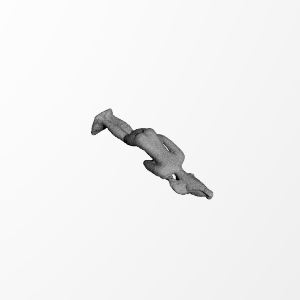 ×
2 collections where you can find Child Horus Figurine by HMANE