3D
Scan The World
6,624 views 442 downloads
3 collections
Community Prints Add your picture
Be the first to share a picture of this printed object
0 comments

Sambandar was a young Saiva poet-saint of Tamil Nadu who lived around the 7th century CE. He is one of the most prominent of the sixty-three Nayanars, Tamil Saivabhakti saints who lived between the sixth and the tenth centuries CE. Sambandar's hymns to Shiva were later collected to form the first three volumes of the Tirumurai, the religious canon of Tamil Saiva Siddhanta. He was a contemporary of Appar, another Saiva saint. This sculpture at the freer Gallery of art in Washington DC features the saint dancing in the form of a child. It was made in the Chola Dynasty, 12th Century India. 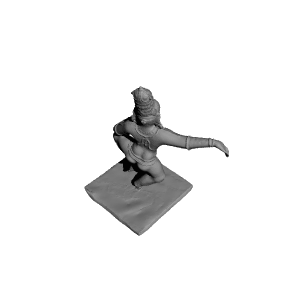 ×
3 collections where you can find Child Saint Sambandar at the Freer Gallery of Art, Washington D.C by Scan The World