3D
Scan The World
1,693 views 289 downloads
3 collections
Community Prints Add your picture
Be the first to share a picture of this printed object
0 comments

While out walking, the sculptor's young son, Robert, narrowly escaped a viper as he tried to pick a bunch of grapes. This episode inspired the sculptor to create an allegorical work, the symbol of a carefree childhood threatened by the future. He used his own son as a model, ascribing his features to this plump little boy. 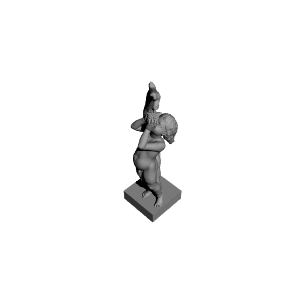