3D
Scan The World
1,857 views 88 downloads
1 collection
Community Prints Add your picture
Be the first to share a picture of this printed object
0 comments

The Choir of Luca della Robbia is a work carved for the Cathedral of Santa Maria del Fiore in Florence and now preserved in the Museo dell'Opera del Duomo, facing each choir Donatello. The ones from the Imperial Academy of Arts in Russia is a cast. It is considered one of the masterpieces of the early Florentine Renaissance, it was sculpted between 1431 and 1438 and is 348 cm high.

The choir headed by Luca was in a better position since it placed on a wall to the north, which was illuminated by the light coming from the south.

The work is composed as a box supported by five shelves, decorated with garlands and scrolls. The whole architecture follows the clear renaissance logic initiated by Brunelleschi. On each shelf and edges, they are raised on a pair of small fluted pilasters with Corinthian capitals. They are thus created four square spaces on the front and two on the sides (the latter rectangular) where the panels carved in low relief are located. Four other panels are placed between the shelves, a total of ten. 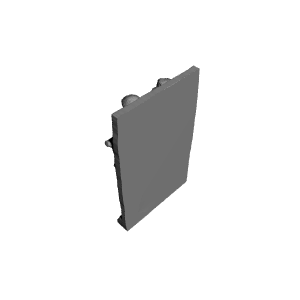