3D
Scan The World
11,777 views 1,067 downloads
7 collections
Community Prints Add your picture
Be the first to share a picture of this printed object
4 comments

Statues of guardian lions have traditionally stood in front of Chinese Imperial palaces, Imperial tombs, government offices, temples, and the homes of government officials and the wealthy, from the Han Dynasty (206 BC-AD 220), and were believed to have powerful mythic protective benefits. 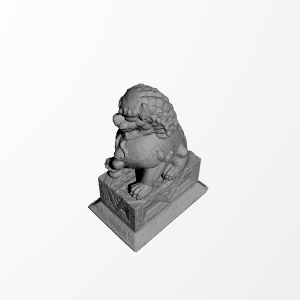 ×
7 collections where you can find Chinese Guardian Lion in the Forbidden City, China by Scan The World