3D
5,330 views 173 downloads
Community Prints Add your picture
Be the first to share a picture of this printed object
0 comments

This is a Chinese zodiac Rat statue.The Rat is one of the 12-year cycle of animals which appear in the Chinese zodiac related to the Chinese calendar. Though the Western rat is reviled as little more than a bottom-dwelling disease carrier, this animal is viewed much differently in the East. The Eastern rat is revered for its quick wits and its ability to accrue and hold on to items of value; rats are considered a symbol of good luck and wealth in both China and Japan. Clever and quick-witted, the Rat of the Chinese Zodiac is utterly disarming to boot. Chinese zodiac animals - Mouse 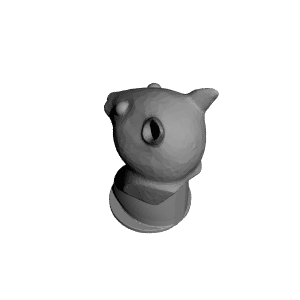