3D
Scan The World
1,367 views 169 downloads
9 collections
Community Prints Add your picture
Be the first to share a picture of this printed object
0 comments

The Basilica of Saint-Urbain de Troyes is a massive medieval Church in the city of Troyes, France. It is a classic example of 13th century Gothic Architecture which was heavily resisted by the nearby abbey, who actively tried to damage the building during construction.

The church is well known for it's stain-glassed windows dated to around 1295, and the piscine of Saint-Urbain. This is an unusually large recess where the ampoules containing holy oils are placed. Water used in ceremonies is then drained through the piscine in order to be purified. 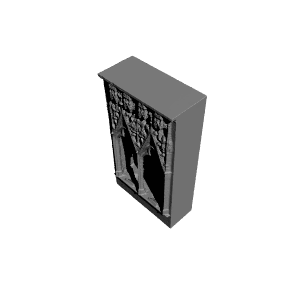