3D
Scan The World
2,313 views 109 downloads
Community Prints Add your picture
Be the first to share a picture of this printed object
0 comments

This oak carved sculpture depicts seated Christ Crowned with Thorns. As part of his persecutions before his crucifixion, Christ was crowned with thorns in a  mocking reference to his claim to be Kind of the Jews.

The relatively large size of the sculpture suggests that it was intended as a single devotional image. The image of Christ with the crown of thorns provided a powerful example of his endurance in the face of suffering, and such figures were often placed in side-aisles or in special chapels. 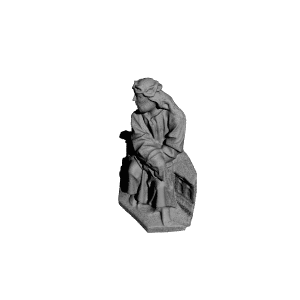