3D
Scan The World
3,589 views 290 downloads
2 collections
Community Prints Add your picture
Be the first to share a picture of this printed object
0 comments

Marcus Tullius Cicero (3 January 106 BC – 7 December 43 BC) was a Roman politician and lawyer, who served as consul in the year 63 BC. He came from a wealthy municipal family of the Roman equestrian order, and is considered one of Rome's greatest orators and prose stylists.

His influence on the Latin language was so immense that the subsequent history of prose, not only in Latin but in European languages up to the 19th century, was said to be either a reaction against or a return to his style. 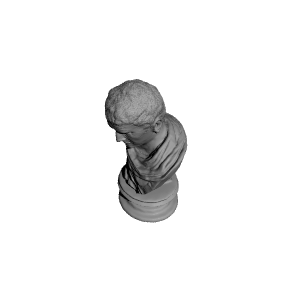 ×
2 collections where you can find Cicero by Scan The World