3D
360°
Scan The World
2,764 views 214 downloads
1 collection
Community Prints Add your picture
Be the first to share a picture of this printed object
0 comments

This is a marble statue of "A Circassian Slave in the Market Place at Constantinople" by Raffaele Monti.

Raffaele Monti (1818–1881) was an Italian sculptor, author and poet born in Milan. He studied under his father, the noted sculptor Gaetano Matteo Monti in the Imperial Academy. He was invited to Vienna while aged only 20 where he received extensive patronage, he subsequently returned to Milan in 1840. In 1846 Monti travelled to England for the year, and later settled there. 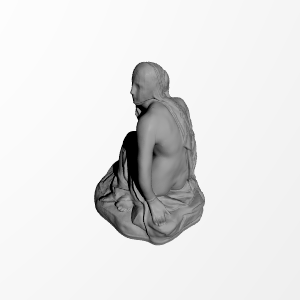