3D
Scan The World
2,334 views 101 downloads
1 collection
Community Prints Add your picture
Be the first to share a picture of this printed object
0 comments

Occupying the southern half of a city block in the heart of the Loop, Citadel Center tries hard to be friendly with its neighbors, but doesn't quite fit in with its surroundings. Citadel Center features a half-block eastern setback that keeps it from overshadowing the all-important State Street corridor. But the tradeoff is that the tower portion casts the Dearborn side in darkness, in spite of its shiny glass cladding and convex shape. There simply isn't enough light shared by the dark stone buildings in the area for this building to effectively reflect light into the street. That's not to say this building is bad in design. It's just a victim of circumstances. The building has many good attributes, like the setbacks near the corners that give it a little vertical visual interest, and the sparse grid that helps divide the building into visually appealing sections. The roof overhang is also nice, as it presents this building as a more human-scale dwelling, rather than some random skyscraper piercing the clouds and finishing out of view. 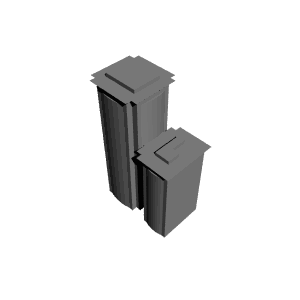 ×
1 collections where you can find Citadel Center in Chicago, Illinois by jkurstin22