The Armstrong family motto appears in several forms, most commonly as Invictus Maneo (I remain unvanquished). The Armstrong name has a legendary origin in traditional oral history and folklore, in that it is said their heroic progenitor, Fairbairn, the standard-bearer and squire to the King of Scotland, saved his master in battle. It is said that he lifted the King, who was dressed in full armour, onto his own horse with one arm after the King's horse had been killed under him in battle. The crest on the arms, an upraised and embowed arm with a grasping hand, records this act of heroism that was said to have been rewarded with a heritable title (Sir Strong Arm, Anglicised to Armstrong) and a grant of lands in the Borders region.

This clan crest has been made from a picture. I can make other by simple request, just send me a private message. 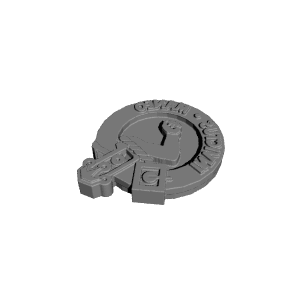