3D
Scan The World
2,006 views 74 downloads
Community Prints Add your picture
Be the first to share a picture of this printed object
0 comments

The monster of the Cedar forest, Huwawa, is mentioned in the Epic of Gilgamesh. he proposed a journey to his friend Enkidu to cut the Lebanese cedars and kill Huwawa, the monster guarding them. Such an exploit would enable them to acquire eternal fame. Despite unfavorable omens, Gilgamesh and Enkidu succeeded in killing the monster, depicted as hideous, sometimes with his face seen as the entrails of a sheep. 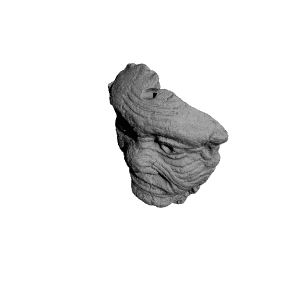