The Central Park Obelisk, also known as Cleopatra’s Needle was commissioned by pharaoh Thutmosis to celebrate his 30th birthday circa 1443 BC. The Obelisk is a 69 foot, 220 ton granite monument that was transported from Egypt to New York and can be found at this location within Central Park : 40°46′46.67″N 73°57′55.44″W. The Obelisk was a gifted to the United States by Khedive Ismail Pasha in an effort raise capital to sponsor the modernization of Egypt.

Consul-General Elbert E. Farman was responsible for negotiating for The Obelisk, U.S. Navy engineer, Lieutenant Commander Henry Honeychurch Gorringe was responsible for overseeing transport the Obelisk, and William Henry Vanderbilt provided financial backing. The Obelisk was officially presented to the public on February 22, 1881. Much of the features and hieroglyphs have eroded away from decades of dirt and pollution. 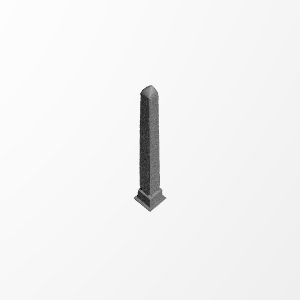 ×
4 collections where you can find Cleopatra’s Needle by KC2OLB