Clip from a German Luger

3D
Scan The World
2,071 views 128 downloads
2 collections
Community Prints Add your picture
Be the first to share a picture of this printed object
0 comments

Clip from a German Luger

This clip is from a German luger that was confiscated from the commander of a surrendering Nazi unit by General William Collier. It was provided for scanning by his great grandneice, Virginia Commonwealth University alumnae Carson Collier. In addition to fighting in World War II, General Collier also served in World War I and the Korean War. 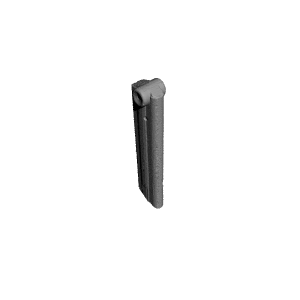