Coat of arms of Ludovici the great king of Hungary

3D
360°
Scan The World
1,090 views 45 downloads
Community Prints Add your picture
Be the first to share a picture of this printed object
0 comments

Coat of arms of Ludovici the great king of Hungary

Francesco, seventh Prince de Carrara, was politically linked to Ludovico of Hungary from whom in 1360 he was invested with the cities of Feltre and Cividale and helped on the occasion of the wars against Venice in 1372 and 1337-1378. It was perhaps out of gratitude that, the strengthening works around the middle of the seventies are confirmed by the presence of three large urns, perhaps sepulchral, ​​built by Francesco il Vecchio in 1376 and already mentioned in ancient times within the enclosure castrense.

Two capitals, the first of which of size, relevance and perhaps perhaps from a public building of considerable importance, show us how in the 14th century the Gothic decorative forms were elaborated high light of the precociously unamistic culture circulating in the Paduan environment 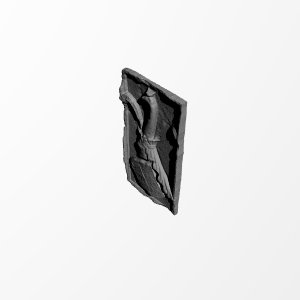