Coat of arms of the Alidosio family

3D
360°
Scan The World
1,788 views 126 downloads
3 collections
Community Prints Add your picture
Be the first to share a picture of this printed object
0 comments

Coat of arms of the Alidosio family

This is the coat of arms of the Alidosio family, a powerful and extensive family from North East Italy which can be traced back to the tenth century. The eagle on the shield faces left, a position known in heraldic terminology as contourné. These arms were acquired with four other pieces which all came from the Pallazo Alidosio in Cesena. The palace was built in 1508 by Obizzo Alidosio a favourite of Pope Julius II. Obizzo was used as an envoy by the Pope and was made Papal Governor of Cesena in 1508. Following his appointment he was granted permission to build a palace and began work immediately, he died a year later. The palace was at one time converted into a theatre, and stood until it was demolished sometime between 1838 and 1846. 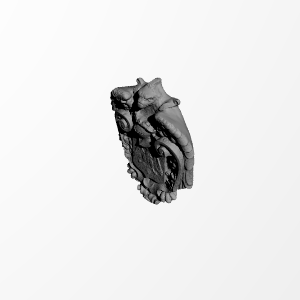