3D
Scan The World
1,936 views 119 downloads
Community Prints Add your picture
Be the first to share a picture of this printed object
0 comments

Zeus is the sky and thunder god in ancient Greek religion, who ruled as king of the gods of Mount Olympus. His name is cognate with the first element of his Roman equivalent Jupiter. His mythologies and powers are similar, though not identical, to those of the Indo-European deities such as Indra, Jupiter, Perun, Thor, and Odin. 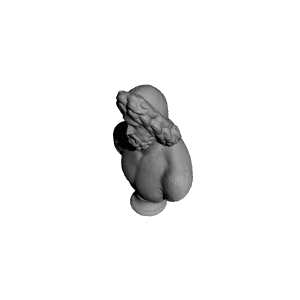