Column Base in the form of a Lion

3D
360°
Scan The World
1,135 views 66 downloads
Community Prints Add your picture
Be the first to share a picture of this printed object
0 comments

Column Base in the form of a Lion

This base (known in Italian as a stiloforo) would have been made to hold a column, like its counterpart (also uploaded to Scan the World). It is in the form of a lion, which is a common guardian animal which would protect religious and political establishments. The work was created in the second half of the 18th Century for a Cathedral, by an unknown sculptor from Padova. 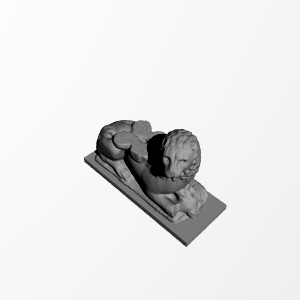