3D
Scan The World
2,259 views 104 downloads
Community Prints Add your picture
Be the first to share a picture of this printed object
0 comments

Commodus (31 August 161 – 31 December 192), born Lucius Aurelius Commodus[1] and died Lucius Aelius Aurelius Commodus,[2] was Roman Emperor from ad 180 to 192. He also ruled as co-emperor with his father Marcus Aurelius from 177 until his father's death in 180.
His accession as emperor was the first time a son had succeeded his biological father since Titus succeeded Vespasian in 79. He was also the first emperor to have both a father and grandfather (who had adopted his father) as the two preceding emperors. Commodus was the first (and until 337, the only) emperor "born in the purple", i.e., during his father's reign.

Commodus was assassinated in 192, succeeded by Pertinax whose reign did not last long during the tumultuous Year of the Five Emperors. 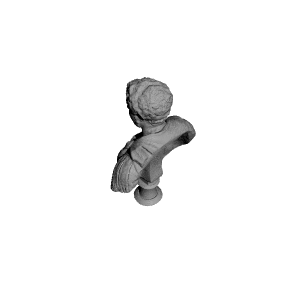 ×
0 collections where you can find Commodus by Scan The World