3D
Scan The World
2,307 views 140 downloads
Community Prints Add your picture
Be the first to share a picture of this printed object
0 comments

One of the companions of Diana commissioned for the park at Marly, paid for between 1710 and 1716 and placed in the gardens in 1714. In 1722, it was moved to the Jardin de l'Infante in the Louvre, and from there to the Hôtel du Grand Maître in Versailles. In the 19th century, it passed into private collections, at which time it was altered: the two hands, in particular, have been recarved with modern accessories. Loaned to the Archives Nationales from 1951 to 1993. 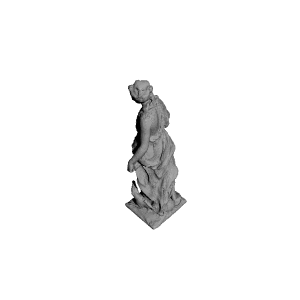