Concave and Exterior at the Middelheim Museum

3D
Support Free Scan The World
2,171 views 66 downloads
Community Prints Add your picture
Be the first to share a picture of this printed object
0 comments

Concave and Exterior at the Middelheim Museum

Joannis Avramidis (born September 23, 1922) (Greek: Iωάννης Aβραμίδης) is a Greek-Austrian sculptor. He was born in Batumi, Georgia in 1922 to a family of Caucasus Greekorigin. He studied in Batumi and later at Fritz Wotruba in Vienna. He became a professor at the Academy of Fine Arts Vienna and from 1966 in Hamburg. In 1962 he represented Austria at the Venice Biennale. 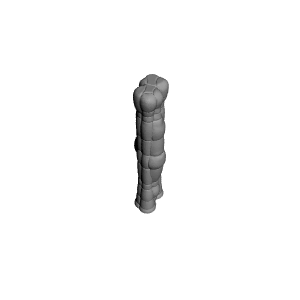