3D
360°
Scan The World
1,020 views 42 downloads
3 collections
Community Prints Add your picture
Be the first to share a picture of this printed object
0 comments

Funerary cones were small cones made from clay that were used in Ancient Egypt, almost exclusively in the Theban necropolis. The items were placed over the entrance of the chapel of a tomb. Early examples have been found from the Eleventh Dynasty. However, they are generally undecorated. During the New Kingdom, the cones were smaller in size and inscribed in hieroglyphs with the title and name of the tomb owner, often with a short prayer. The exact purpose of the cones is unknown, but hypotheses exist that they variously served as passports, architectural features, and symbolic offerings, among others. 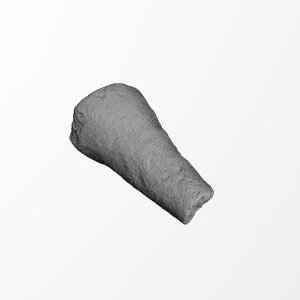 ×
3 collections where you can find Cone by HMANE