3D
4,288 views 82 downloads
Community Prints Add your picture
Be the first to share a picture of this printed object
0 comments

June 2017 Update: I uploaded an new version which works without a ceramic bearing.

This spinner speeds up as it slows down. When spun initially the magnets move to the outer position. Then as it begins to slow, the magnets shift to the inside position, which causes it to spin faster.

Use the following:
1 - ceramic 608 bearing*: the bearing needs to be non-magnetic otherwise the magnets will stick to the bearing and add a lot of drag.
4 - 10mm cylinder magnets*: careful, these magnets are very strong and somewhat brittle. They should be set to attract each other. There should be inserted from the bearing cavity, and there's a small ledge near the bearing that holds them captive so they don't hit the bearing when they move in. The ledge makes it a bit harder to insert the magnets, but they should move freely once they're pushed past the ledge. 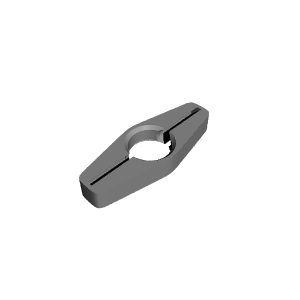