Portrait of the late Roman Emperor.

Revised at least three times, originally probably Julian-Claudian portrait of the emperor. Found in 2005 in a sewer under the Trajan's Forum. 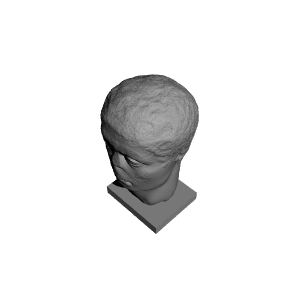