This object was made in Tinkercad. https://www.tinkercad.com/things/fmsMZf2OizW

This creature is me if I got to be a mythical creature. It’s pretty much what I am but in the opposite. This creature is named Donald and he lives in the dark snowy wilderness. He’s always trying to attack and terrorise me. He thinks I’m a problem and he doesn’t like problems, Donald is my alter ego. He only seems interested in me not any of my family members.

I think he feels lonely and he needs someone to talk to other than himself. He knows I’m his exact opposite so he thinks that I’ll understand what's happening to him. Since he’s “not real but still can hurt me” I’m forgetting about him so he’s fading……” I will never fade”….. Donald….. he doesn’t want to fade and the only way he can stay “alive” is in my mind. If he doesn’t want to fade he’s going to have to capture me and drill memories of him into my mind. 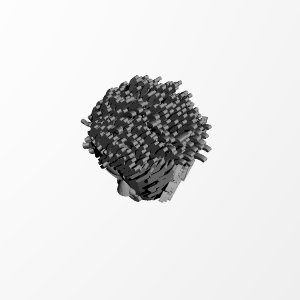 ×
0 collections where you can find Copy of David 2.0 by Val1