3D
Scan The World
1,428 views 77 downloads
Community Prints Add your picture
Be the first to share a picture of this printed object
0 comments

Lovely example of the Silurian coral Favosites. This colony also has a number of other fossil remains on its surface including other corals and brachiopods. This specimen comes from Dudley, but is of the same age as material found on Wenlock Edge.

Favosites is an extinct genus of tabulate coral characterized by polygonal closely packed corallites (giving it the common name "honeycomb coral"). The walls between corallites are pierced by pores known as mural pores which allowed transfer of nutrients between polyps. Favosites, like all coral, throve in warm sunlit seas, forming colourful reefs, feeding by filtering microscopic plankton with their stinging tentacles. The genus had a worldwide distribution from the Late Ordovician to Late Permian 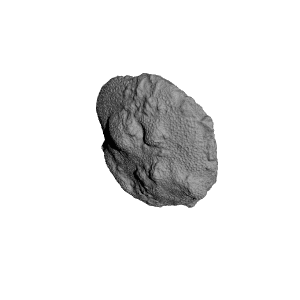 ×
0 collections where you can find Coral - Favosites sp. by fossilsinshropshire