3D
Scan The World
1,236 views 56 downloads
Community Prints Add your picture
Be the first to share a picture of this printed object
0 comments

Solitary Silurian coral, Ketophyllum. Found on Wenlock edge, Shropshire.; type of tabulata, commonly known as tabulate corals, an order of extinct forms of coral. They are almost always colonial, forming colonies of individual hexagonal cells known as corallites defined by a skeleton of calcite, similar in appearance to a honeycomb. Adjacent cells are joined by small pores. Their distinguishing feature is their well-developed horizontal internal partitions (tabulae) within each cell, but reduced or absent vertical internal partitions (septa). They are usually smaller than rugose corals, but vary considerably in shape, from flat to conical to spherical. 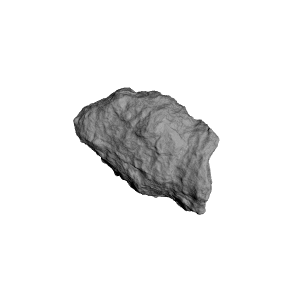