Corinthian pilaster-capital The Ephesus temple at The British Museum, London

3D
Support Free Scan The World
2,643 views 86 downloads
1 collection
Community Prints Add your picture
Be the first to share a picture of this printed object
0 comments

Corinthian pilaster-capital The Ephesus temple at The British Museum, London

The Temple of Artemis or Artemision, also known less precisely as theTemple of Diana, was a Greek temple dedicated to the goddess Artemis and is one of the Seven Wonders of the Ancient World. It was located in Ephesus (near the modern town of Selçuk in present-day Turkey), and was completely rebuilt three times before its eventual destruction in 401 AD. Only foundations and sculptural fragments of the latest of the temples at the site remain.

The first sanctuary (temenos) antedated the Ionic immigration by many years, and dates to the Bronze Age. Callimachus, in hisHymn to Artemis, attributed it to the Amazons. In the 7th century BC, the old temple was destroyed by a flood. Its reconstruction began around 550 BC, under the Cretan architect Chersiphron and his son Metagenes, at the expense of Croesus of Lydia: the project took 10 years to complete. The temple was destroyed in 356 BC by an act of arson and was again rebuilt, this time as the Wonder.

Antipater of Sidon, who compiled the list of the Seven Wonders, describes the finished temple:

I have set eyes on the wall of lofty Babylon on which is a road for chariots, and the statue of Zeus by the Alpheus, and the hanging gardens, and the colossus of the Sun, and the huge labour of the high pyramids, and the vast tomb of Mausolus; but when I saw the house of Artemis that mounted to the clouds, those other marvels lost their brilliancy, and I said, "Lo, apart from Olympus, the Sun never looked on aught so grand". 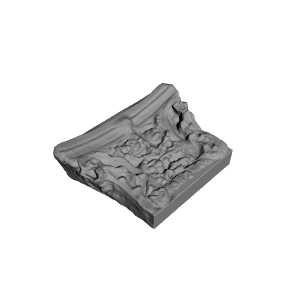 ×
1 collections where you can find Corinthian pilaster-capital The Ephesus temple at The British Museum, London by Scan The World