Cornelia, represented in this sculpture made by Jules Cavelier, was the daughter of Publius Cornelius Scipio Africanus, hero of the Second Punic War. She is famous for being the symbol of virtual Roman woman and for being mother to the Gracchi brothers.
The Gracchi brothers were able to reform the Roman political institutions attempting several political reforms. After achieving numerous successes in the political field, they were brutally assassinated by their opposite political faction. 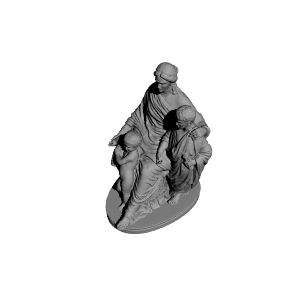 ×
0 collections where you can find Cornélie, mère des Gracques by Scan The World